Through education and collaboration, Jeff has spent his career focusing on developing strategies for the changing needs of his clients and their financial goals. This includes tax-sensitive retirement income planning strategies and portfolio management.  Jeff acts as a Fiduciary for his clients and has completed his Accredited Investment Fiduciary® (AIF®) and Chartered Financial Consultant® (ChFC®) designations.

Jeff graduated from the University of Wisconsin-Platteville with a Bachelor of Science in Business Administration, with a double emphasis in Finance and Marketing/Sales and a minor in Accounting. He joined John Hancock Financial Network in February of 2004, where he received recognition as the Top Wisconsin Agency Representative in both 2007 and 2011, was in the top 50 John Hancock Representatives in 2011, and was a top 3 Wisconsin Representative every year 2007 through 2011.

In February 2012, Jeff joined Al Winsand at Wealth Distribution Strategies, LLC (WDS) in Verona as a part of Al’s succession plan. In 2014, Jeff took on a leadership role at WDS and he currently serves as President and sole owner of WDS.  He is a Registered Investment Advisor with Harbour Investments, Inc. and a Registered Representative with Harbour Investments, Inc.  Jeff has been a Diamond Club member (top 5% of all Harbour Advisors) each year since joining Harbour Investments, Inc. in 2017. He serves on Harbour’s Advisor board which helps shape the way that the broker-dealer operates. In 2021 Jeff was selected as one of In Business magazine’s “40 Under 40”, a top honor for professionals under the age of 40 in the Madison area.

Jeff and his family reside outside of New Glarus near his hometown of Monticello.  He and his wife Elizabeth have two daughters, Alivia (2009) and Brynna (2011), and two sons, Emmett (2013) and Elliott (2018). They have two Vizslas:  Jazzy and Penny.  Jeff enjoys playing games and sports with his wife and children.  They also enjoy family time camping, hiking, biking, and exploring National Parks.  Jeff is close with his three younger brothers; the four of them like to camp, go to March Madness, play fantasy football, and play board games. 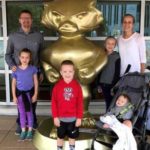 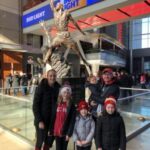 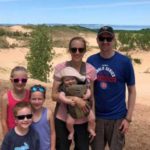 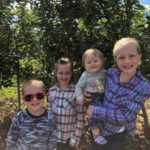